For months, the raging bushfires have killed thousands of animals, injured people, and destroyed Australian forests and properties. Since November, it has been very hard for Australia. The whole continent suffered not only because of the raging fires but also the poisonous smoke the fires created.

The 2020 Golden Globe Awards Night served as an excellent platform for celebrities to voice out their support and seek help for the devastation in Australia. As we all know, Hollywood is full of amazing and award-winning Australian actors and actresses. Not only that, there are a lot of Hollywood A-listers who fell in love with Australia that they even purchased estates there.  You may wonder if they are also affected.  The following are the stars who have lost their properties to the bushfires in Australia.

Nicole Kidman and Keith Urban’s house is reportedly under threat of the bushfires.  It is not on fire yet, but it’s definitely in danger, so they have to keep their eyes open. The couple has a mansion in New South Wales in the southern highlands Suburb of Sutton Forest. Nicole and Keith spend vacations with their co-celebrity friends in this picturesque home, earning it all the popularity.

It’s a strategic location that is 120 minutes’ drive from the beautiful city of Sydney. Reaching out to the world seeking help for the current situation in Australia, the couple has been doing their bit to the land. Nicole and Keith even donated half a million dollars for the rural firefighting services. Apart from this mansion in NSW, the couple also has different estates in Sydney, New York, Nashville, and Los Angeles. 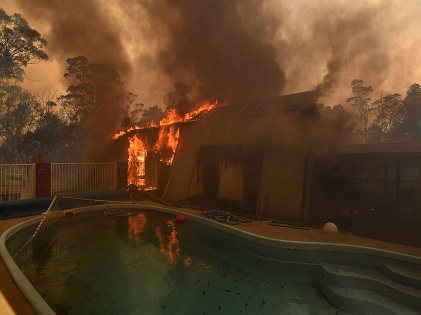 The Golden Globe 2020 Best Actor Award winner Russell Crowe is one of the victims of the raging bushfires in Australia right now. The native Aussie owns a sprawling 320-hectare property that is located in Nana Glen near the Coffs Harbour of New South Wales. A part of his property has been burned down, leaving only debris and ashes.  Crowe has been posting on Instagram since November about the situation.

Recently, he posted before and after photos of his property. The 55-year-old actor was not able to receive his award in person during the Golden Globes Awards Ceremony.  Russell chose to stay with his family in Australia to make sure they are safe. Even at the time of his loss, Russell donated around $105K to the Rural Fire Services.

Michelle Bridges posted on Instagram that she had to travel back to Sydney with her family, her partner Steve Willis, and their son Axel for safety reasons. The couple’s house is in the firing line. Michelle Bridges and Steve Willis have a gorgeous home in the Southern Highlands in the village of Kangaloon of New South Wales. The home boasts of five bedrooms, a tennis court with a pavilion, a solar-heated swimming pool, an art studio, and a guest barn. It also has stunning bushland that makes their property dangerous for the bushfires. 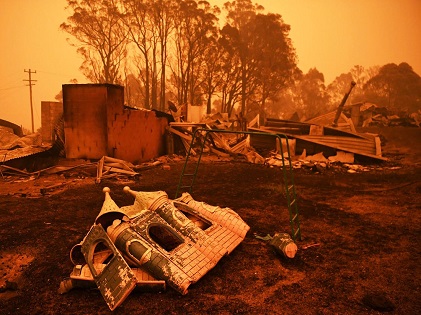 Influencer Phoebe Burgess spends much of her time in Bowral New South Wales at her parents’ house. However, she left her parents’ house with her two children when the condition worsened. She described that the air has poor quality, and the proximity of the fire puts them in danger.

Phoebe shares that it pains her heart to leave her family behind. However, she also mentions that the well-being of her children is the reason for her decision as kids are more at risk for the dangers brought by the bushfires on children’s health.

Samantha Armytage, the Sunrise host, has a country retreat in Bowral New South Wales. She was seen spending time on the NSW coast and in Nimmitabel, which is close to Bega and Cooma. She has sent her well wishes and heartbreak over the horrendous and disastrous fires that have destroyed properties and troubled lives.

These affected celebrities aren’t the only ones generously donating to help with Australia’s bushfires. Other celebrities, though not Australians, have rallied their support and encouraged everyone, celebrity or not, to donate and show support. This only proves how celebrities can genuinely use their influence for the good.